Michelisz on pole for Honda in Japan

The Hungarian, who is fourth in the Drivers’ Championship, braved atrocious weather conditions to top Q1 and Q3 to claim his third pole of the year – and his fifth consecutive front-row start – in his Honda Civic WTCC.

It is the eighth pole of Norbert’s WTCC career and the 10th for Honda in the series, while the five bonus points he received cut his deficit to the championship lead to 27.5 with six races remaining.

His new Castrol Honda World Touring Car Team-mate Esteban Guerrieri, who is standing in for the injured Tiago Monteiro this weekend, made a terrific debut performance to qualify fourth.

Just as happy was Ryo Michigami, who set a new record on Sunday morning for Honda Racing Team JAS.

His fifth place marked the best qualifying performance of any Japanese driver in WTCC history and also meant three Hondas made it into Q3 for the first time in 2017.

Due to the Typhoon-induced schedule changes this weekend, there are just a few hours before the Opening Race.

Esteban will be the best-placed Honda in seventh with Norbert ninth. Ryo, unfortunately, will start the opener from the back of the grid due to a penalty incurred yesterday for an engine change. His Main Race starting spot is not affected. 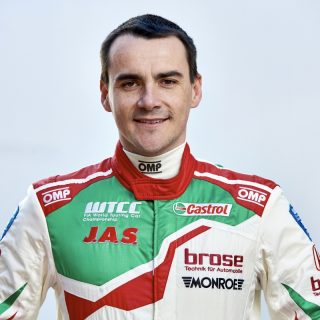 “I’m so happy to be on pole position. Motegi has always been kind to me as that’s two poles in three years, plus I won here last year. The car has been perfect, so I had everything I needed to do it. My Q3 lap wasn’t great because I made two stupid mistakes in the tricky conditions, but this is a very good way to go into the races. Looking at the drivers’ points, this is a big help and hopefully I can make the most of it in the races later today.”

“I’m very happy with the result in qualifying. To start fourth on my first event with a factory team is a great result. The guys did a terrific job with the car and the conditions, although very wet, were pretty driveable because the handling was so good. I’m especially pleased for Norbi’s pole position and for me being able to qualify ahead of his main rival for the championship. This afternoon should be good.”

“I’m very happy. My goal was to make Q3 and I’ve achieved this. It’s great for me and for the team. I wasn’t aware this was the best performance by a Japanese driver in the WTCC, so it’s a great feeling to achieve this at the home circuit for myself and for Honda. Motegi is a track I’ve been racing at for 20 years, so I knew that I could deliver here. The team did an incredible job on the car and I hope to give them some good race results too.”

“This is a fantastic result for the whole team, who have worked so hard to get the cars ready for this event after a build-up that was not so easy due to the late arrival of our cars in Japan; the team have worked like crazy for the past two weeks and just getting three cars out in FP1 felt like a victory. Today we were able to show that this hard work paid off with a great pole for Norbi and a MAC3 win. Esteban and Ryo could maybe have gone a little faster, but their tyres were not in great shape by Q3. We are very happy.” 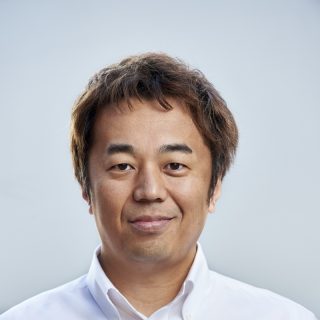 “I’m very happy with the result in qualifying, which is a good way to bounce back from our disappointing news yesterday. Norbi, Esteban and Ryo have all performed extremely well in difficult conditions and we have worked hard as a team to make sure our car is competitive in the wet. We will continue to make improvements to ensure all three drivers are fast in the races.”